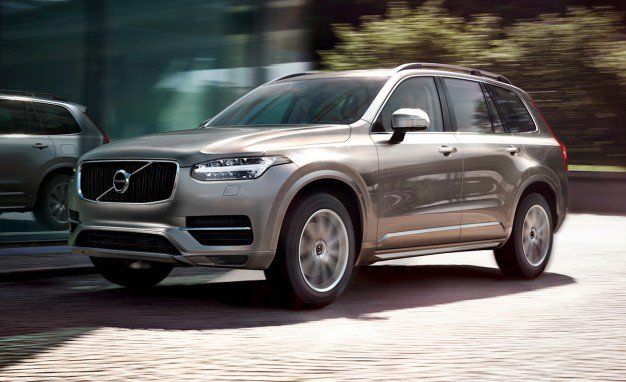 Volvo touts its all-new 2016 XC90 SUV as the first product of the “new Volvo” and the launch of a company-wide rebirth. While Volvo isn’t completely flipping the script—and, say, making six-wheeled military motorcycles—the XC90 does represent its first independently developed car since being financially sugar-daddied by Chinese automaker Geely.

The 2016 XC90, which we recently also in, is also the model’s first clean-sheet redesign in more than a decade. Furthermore, the XC90 debuts on the brand’s Scalable Product Architecture, a modular platform that will underpin a variety of vehicles. Underscoring the crossover’s importance was the flotilla of engineers, designers, and executives that Volvo had on hand at the reveal event we recently attended in Stockholm, Sweden. We poked and prodded for the most interesting details on the new SUV, and these 10 items are the result. Enjoy, and then go forth and drop Swedish knowledge on some fools. 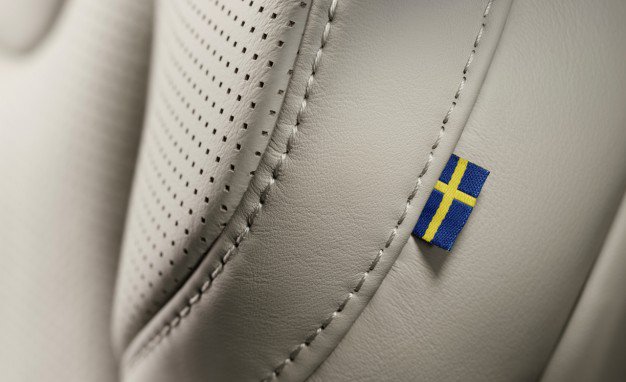 1. It Flies the Swedish Flag

Volvo stuck a tiny, fingernail-sized Swedish-flag label on the edge of the XC90′s front passenger seat.Shutthefrontdoor, right? Modesty is a quintessentially Swedish trait, so don’t be fooled by the flag’s smallness: Volvo is exceedingly, overwhelmingly proud of its Swedishness, and that the flag is there at all is the closest you’ll come to a Scandinavian boast. 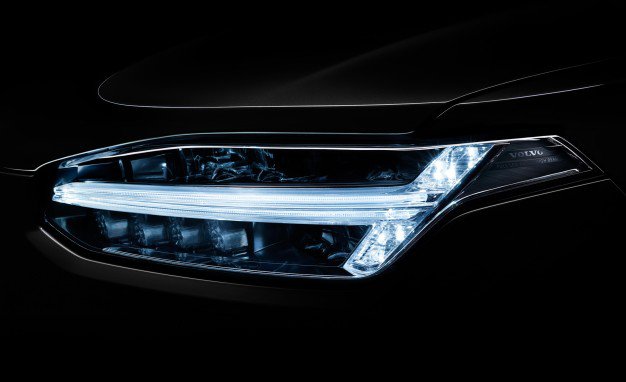 Volvo uses the term “Thor’s Hammer” to describe the XC90′s unusual T-shaped LED running lights, which is an awesome but perhaps too heavy-handed descriptor for the subtle aesthetic intention of the units. According to Volvo’s vice president of design, there is still a prevalent perception among consumers that the brand builds only boxy cars, so the stylists put a hard, 90-degree styling cue right on the car’s face to visually connect the XC90 to the firm’s stylistic past while still advancing design. 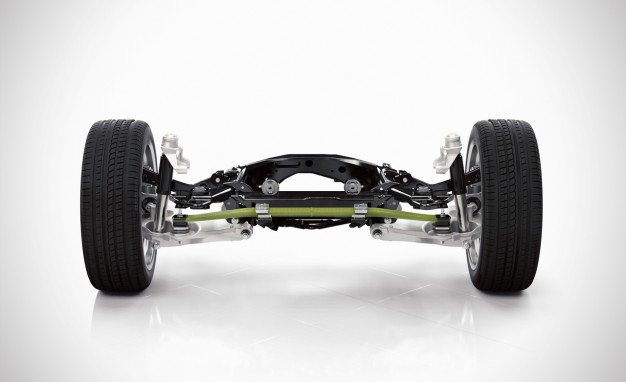 3. There’s a Teeny, Weeny Bit of Corvette in There

In its quest to carve out as much interior space as possible, Volvo fitted an ultracompact multilink rear suspension with . . . a transverse composite leaf spring! Yep, just like the Chevrolet Corvette Stingray. If you opt for the XC90′s available air suspension, however, you lose the rear leaf. Fun fact: Volvo used this design before on the 960 wagon. 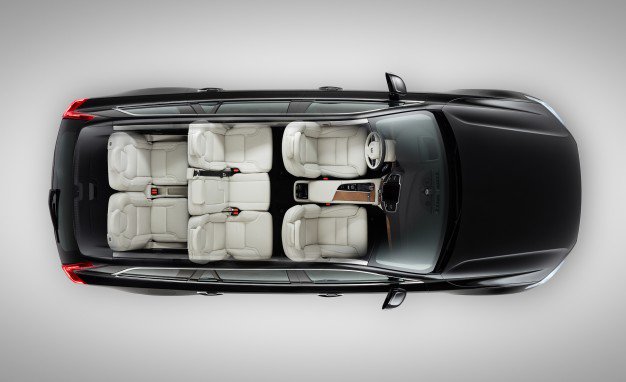 4. The Interior Possibly Is More Useful than the Honda Fit’s

Thanks to the compact rear suspension afforded by that transverse leaf spring—and the tidy implementation of the optional air springs—the XC90′s aft accommodations are airy and roomy for both people and cargo. Volvo further capitalizes on the space by giving the second- and third-row seats the ability to fold completely flat. When we say “flat,” we mean it: Dropped down, the seats form a smooth, uninterrupted load floor from the hatch sill to just behind the front seats. As a bonus, each of the five rear seats can be individually flattened. 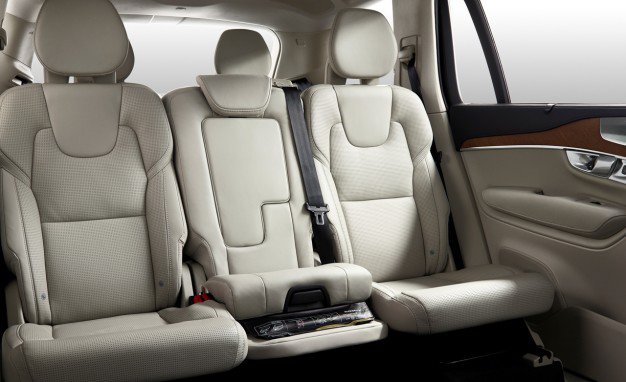 5. The Rear Seats Are Real–and for Real People

Even more amazing than how they fold is how the seats actually hold people. The third row is tolerable for adults, and each of the three second-row butt garages can slide fore and aft independent of one another and offer individually adjustable backrests. The third-row chairs offer no adjustment when raised, but they’re fully realized seats instead of the usual pop-up jump seats seen most everywhere else.

Written by Alexander Stocklosa for Car and Driver