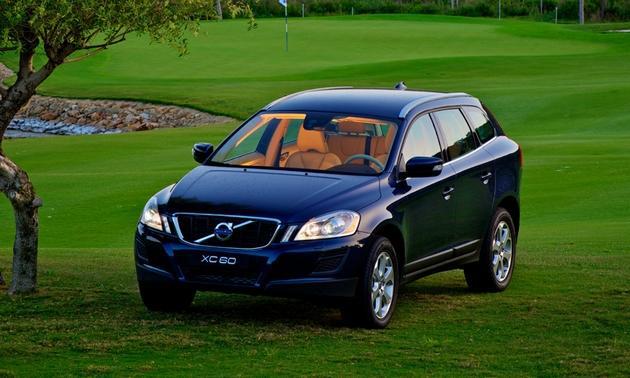 TECHNICAL EDITOR DALE JEWETT: I’ve long been a big fan of the Volvo XC70 Cross Country, one of the original jacked-up station wagons that created the “crossover” class of cars. But this 2013 Volvo XC60 T6 could easily replace the XC70 on my favorites list.

It was helpful to have the XC60 during a stretch of days that required some two- to three-hour driving stretches on roads that were somewhat covered with snow or freshly plowed. The XC60’s all-wheel-drive system did not falter once, regardless of the road conditions. Torque moved to the wheels with the most traction seamlessly and without hesitation. How do I know? Because no one in the vehicle ever had a hint that the car was working to compensate for a slick surface.

Spend some time in this Volvo and it becomes clear why this was the Swedish brand that survived the last global auto industry crisis. The XC60 gives off an aura of solid construction and luxurious fittings that will rival anything with a German badge. The giveaway to the XC60’s Swedish lineage is an interior covered in an abundance of light-colored materials.

With outside temps below the freezing mark the heated seats become your best friend. I even collected some highly valued brownie points from the in-laws when they were coddled with the XC60’s heated rear seats during a weekend road trip. Overall, front and rear seats are supportive and well designed to be comfortable over longer trips. An interesting side note: At least in the front seats, the seat heater does not automatically turn off and reset when you shut off the engine. That was a nice strategy when you parked the car at night and had the seat heater kick in at startup the next morning. This could only get better if you added a heating steering wheel and remote start to the XC60.

In line with its crossover nature, the XC60’s ride is firm. You’ll feel and hear that when driving on rough roads. But when the pavement is smooth the XC60 glides along the road, with firm feedback in the steering. Power delivery from the turbo six is smooth and there’s more than enough oomph. But it was tough to equal the EPA highway mileage rating, even with long stretches of steady-state driving and cruise control use on highways.

The cargo area seems huge, it’s easy to reach into and grab stuff up against the seatbacks, and the power liftgate is handy when you’re rolling up with a loaded Costco cart.

The area of the XC60 that needs improvement is the control interface for the radio and navigation system. Kudos to Volvo for the air flow icon that makes it easy to route the heat to where it’s needed in the cabin. But the panel full of small buttons, combined with a knob to scroll and select menu options, is hard to master at a glance. Even after living with the system for several days it’s still easy to make a mistake. My suggestion is to ditch the button symmetry and go with a design that gives each function a unique look.

But that’s a small complaint. I’d be happy to have this Volvo as my daily sled.

NEWS EDITOR GREG MIGLIORE: I didn’t spend nearly as much time in the XC60 as Dale did, but this Volvo crossover would be close to the top of my list for near-luxury utility vehicles. Inside and out, there’s a lot of form and function offered here, and the 300 horses of turbo power are excellent for everyday commuting battles; I really enjoy this engine. It’s strong from launch and able in passing situations.

If you like simple, elegant styling, this is your machine. The curves look smart, proper and athletic. Inside is more of that theme, with a natural, handsome experience thanks to the placid colors and materials. There is nice trim — notice the outlines on the insides of the doors and the shifter — and it is obvious Volvo paid great attention to detail in this execution.

I didn’t have to conquer any rough sledding, but on a dark evening drive home featuring frigid temperatures and potentially iffy roads, I was more than happy to have the stability offered by the XC60’s ride height and all-wheel drive. When the expressway is dark and shiny set against cold temps, it’s nice to have a little mechanical reassurance.

This is the kind of vehicle I’d love to have in our long-term fleet. It’s an all-around sharp execution with plenty of ability and utility.

EXECUTIVE EDITOR BOB GRITZINGER: Having spent a weekend in a nice Cadillac SRX, this was a proper bookend for comparison purposes, and I’d say the 2013 Volvo XC60 T6 stacks up well against the more expensive Caddy crossover. As noted, the XC60 offers many premium touches in trim and those little touches that make it more Swedish today than these cars ever were during the Ford years. Everything is pleasing to the eye and touch, and all well crafted.

I especially enjoyed punching up power from the turbo 3.0-liter I6 — that’s torque and horsepower you can feel and use in that motor. Even though it’s a few horses off from the SRX’s 308 hp from a 3.6-liter V6, it’s the torque (325 Volvo versus 265 Cadillac) that makes all the difference in most driving. What a hoot, in a refined, reserved Scandinavian way. 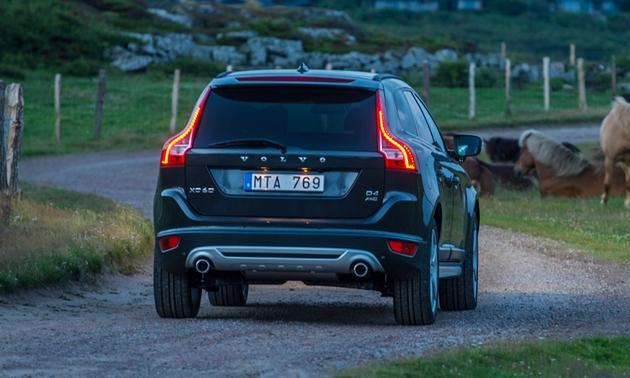