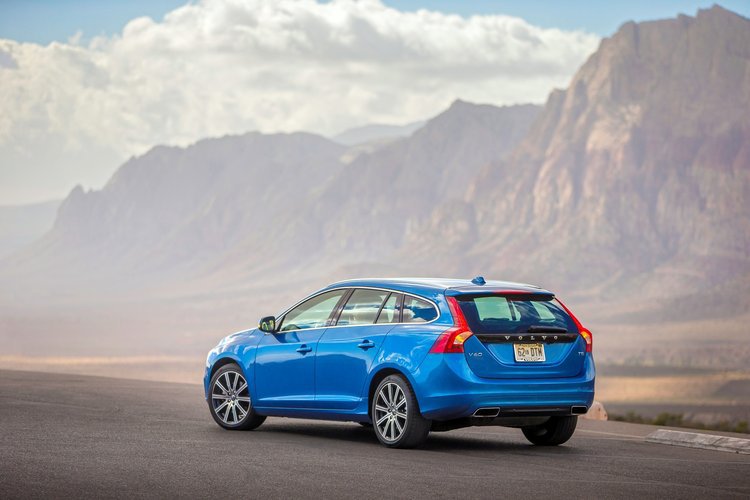 No longer refrigerator-shaped, the style of this all-new car leaves its forefathers in the dust. The sleek silhouette puts form ahead of function to create a wagon just as good for a play date as it is on a real date.

But pack light. The V60 can’t haul like old Volvo wagons used to.

Volvo — a brand that’s Swedish by heritage but Chinese by ownership — also fitted the car with a new, more efficient engine and transmission. The V60 manages to pack in the European panache of rival wagons like the BMW 328i or Audi Allroad, and for less money, starting at $36,225.

As the name may indicate, the V60 is the wagon derivative of Volvo’s S60 mid-size sedan. That car has been around in its current form since 2010, though Volvo gave it a mild aesthetic update in 2014.

One year later, our wagon joins the lineup for the first time and brings with it an excellent new drivetrain.

An in-line, 2.0-liter turbocharged four-cylinder engine makes 240 horsepower and 258 pound-feet of torque. It’s hooked up to an eight-speed automatic transmission that pushes power to the front wheels. All-wheel-drive is a $1,500 option that our test car didn’t have.

With an overboost function that belts out 280 pound-feet of torque for the first 10 seconds of acceleration, this V60 promises on-time delivery to any destination. Zero to 60 mph passes by in 6.1 seconds, according to Volvo. The scenery passes by even quicker when you have the car in its sport setting.