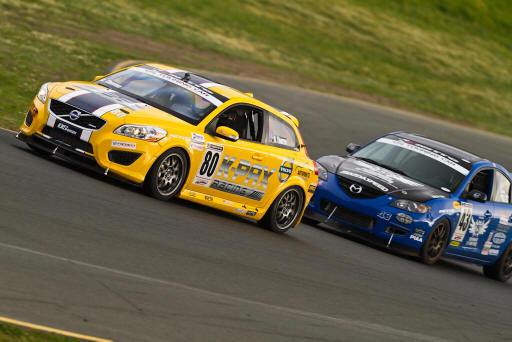 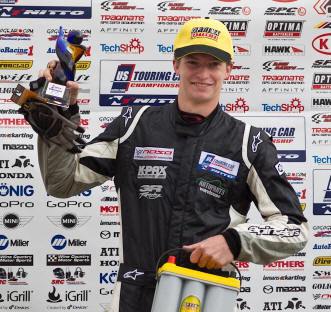 K-PAX Racing was represented by Robert Thorne driving the #80 K-PAX Racing C30 GT-R for the very first time. Friday was spent primarily getting accustomed to the new car as well as working on set-up in order to optimize the car to the standardized series tire.

“We came here this weekend with the car setup according to how we had run it in the World Challenge series last year, but we quickly learned that the tires used in the USTCC required a very different setup in order to create a well-balanced car”, commented Team Manager, Bob Raub.

Qualifying results on Saturday showed that the team and driver Robert Thorne quickly had come to terms with the new cars setup, clinching pole position in the 20-minute session. 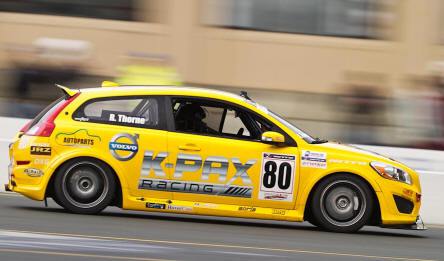 The 2-hour endurance race on Sunday provided a great deal of challenging conditions throughout the race, including several full-course yellows, rain showers, plenty of traffic and, due to the length of the race, pit stops for fuel.

The standing-start format of the race allowed the, second position, all-wheel drive Mitsubishi Lancer Evolution get the jump on the C30, however, on lap 10 Robert Thorne was able to reclaim the top spot and after that never looked back.

At the checkered flag the #80 C30 crossed the line 1 minute and 43 seconds ahead of the second place Mazda 3. A big part of the large margin of victory had to do with the fact that the Volvo only had to stop for fuel once whereas most of the top competitors had to come in for fuel twice, proving that the C30 GT-R is not only fast but fuel-efficient as well.

After the race Robert Thorne had the following to say: “The C30 ran great today. We were able to really dial it in on Friday and Saturday allowing us to manage tire wear and the overall balance of the car all through the race. This being my first race with this car and this series my main goal was to simply keep it on the track. This win wouldn’t have been possible without the help from my sponsors at the Autoparts Warehouse, the crew at K-PAX Racing and Volvo for providing me with such a great racecar”.

Robert Thorne and the #80 K-PAX Racing C30 GT-R will be back racing in the USTCC at Thunderhill Raceway in May.