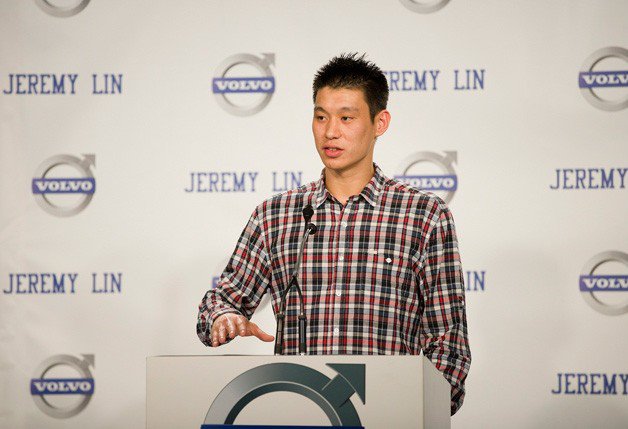 According to a statement from Volvo, Lin "is expected to help in the marketing efforts of Volvo in several international markets and help establish the brand with younger and performance-oriented customers."

Over the next two years Lin will participate in Volvo’s corporate and marketing activities as a "brand ambassador" for Volvo Car Corp., appearing in advertising, the carmaker said.

Lin, 23, was born in the United States of Taiwanese immigrant parents.

He will also become the focus of an ad campaign for the brand’s important, and expanding, Chinese automotive market.

In an interview in Germany in September, Volvo’s head of global marketing, Richard Monturo, said the company is focusing on social media and digital.

"We think the primary device in auto marketing is the internet," Monturo said. "We have teams focusing on how we can upgrade the user experiences in all our social presences. We’re using the ‘designed around you’ idea but trans-creating around the world."

Lin may fit with that strategy. The 6-foot-3-inch guard ascended to NBA fame amid a eruption of "Linsanity," blogs in both Mandarin and English.

Volvo, which had been owned by Ford Motor Co. before it was bought in 2010 by Geely, has long been known in the United States for safety and reliability, and its station wagons became a symbol of suburban affluence in the 1980s.

In the United States, Volvo’s sales rose 214 percent last year to 67,240 units. U.S. deliveries have advanced 7 percent this year to 9,724 through February.

Lin was signed by the Knicks late last year after appearing in 29 games with Golden State.